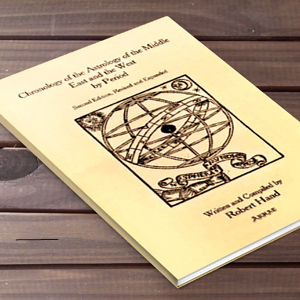 The newly revised and expanded version of the Chronology is a compilation in outline form of the major events in the history of astrology along with the major events of the history of the time. Sections covered include: Early Period, Early Greek Period, The Roman Era, The Classical Period in the Middle East and more. In addition there has been added a revised version of my essay on the origins of astrology in ancient times.