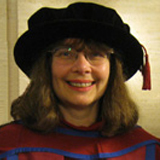 Dorian Gieseler Greenbaum, Ph.D., received her doctorate from the Warburg Institute, University of London, in 2009. Her dissertation was entitled "The Daimon in Hellenistic Astrology: Origins and Influence." She has studied astrology since 1988, and is NCGR-PAA Level 4 certified. Dorian has taught at the Astrology Institute for over 15 years.

Dorian began her study of ancient Western astrology in 1994, and was delighted to find a use for her knowledge of Classics and Egyptology (BA with honors in Classics from Douglass College, Rutgers University and MA in Egyptology from Columbia University). In addition to the standard astrological curriculum, she has taught classes in ancient astrology, and in astrology and temperament. She incorporates traditional techniques in her astrological practice. Dorian was asked by Robert Hand to translate the Introduction to Astrology by 4th century astrologer Paulus Alexandrinus, along with the 6th century commentary on it by Olympiodorus, and the result was Late Classical Astrology: Paulus Alexandrinus and Olympiodorus, with the Scholia of Later Commentators, Reston, VA 2001.

From her work at a Waldorf School (teaching Classical Civilization and Latin) she became interested in temperament and its links to astrology. Eventually this research became Temperament: Astrology's Forgotten Key in 2005 (publisher Wessex Astrologer). She has written numerous articles on astrology both in academic publications and for astrologers. She also lectures nationally and internationally. In 2005, she was interviewed by Garry Phillipson for The Mountain Astrologer.

In her "abundant spare time," Dorian is obsessed with genealogy and eating local and/or organic food. She lives in Duxbury, MA.